Tejaswini (Alpana Mittal) is a versatile artist with creations in multiple media. Her major contribution to the World of Art is her creation using beads on canvas. In these artworks, she has taken a play toy for children and created very mature artwork from it. All of these artworks have been created based on her visions; hence, she has appropriately named the series “Dream Reflections”. This series uses fractals with a flavor of decorative patterns used for community and religious meetings across Asia, ranging from Tibetan Mandalas to Alpna, the floor decoration art of south Asia.

Tejaswini comprises intricate pieces made with perler beads on canvas. The artist draws from a variety of inspiration, including the Rangoli artwork she used to make in India during the festive season, which she has continuously tried to recreate in a variety of mediums.

In 2008, she purchased an art kit, as a Christmas gift, for her daughter. The little girl created small birds and flowers using the beads in the kit, at which point the artist started visualizing different patterns on the canvas with these beads and realized she found the perfect texture for her designs.

Born into an art loving family, Tejaswini was exposed to art and its appreciation from early childhood. She chose “Fine Arts” as her major and has a M.F.A. from CCS University, India. She also has an “Arts Management” diploma from New York University.

Her specialty is creating artwork revolving around the modernization of traditional themes including, ancient Indian romanticism, folklores and legends.

Tejaswini has displayed her art work globally in exhibitions at galleries and has been widely acclaimed for her multifaceted style. Her traditional painting depicting “Krishna” was judged “Best in show” by Hudson Artists on NJ at their 60th anniversary Exhibition in 2013. She received an “Outstanding service” award  from Sing for Hope,  NYC  in 2019, while she painted a piano for the organization,  titled “Basant Utsav”.

Several of her art pieces are in private and public collections in Asia as well as North America. 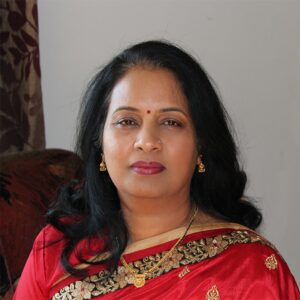